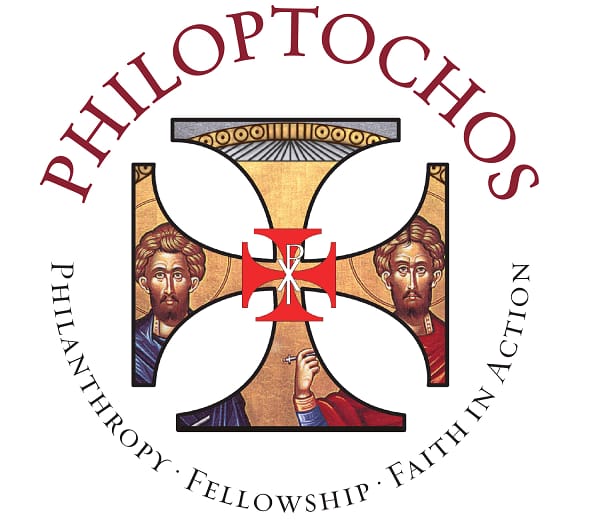 To promote charitable, benevolent and philanthropic outreach; to preserve the sanctity of life and
family; and to perpetuate and promote our Orthodox faith and traditions.

The Greek Orthodox Ladies Philoptochos Society, Inc. is the philanthropic arm of the Greek Orthodox Archdiocese of America that has offered 90 years of philanthropy through a multitude of programs that make a difference in the lives of people in the United States and throughout the world. The Society was established in November 1931, by the late Ecumenical Patriarch Athenagoras I, who was then serving as Archbishop of North and South America.

Philoptochos fulfills its mission to “help the poor, the destitute, the hungry, the aged, the sick, the unemployed, the orphaned, the imprisoned, the widowed, those with disabilities and the victims of disasters through its National and Metropolis Boards and its 26,000 members and more than 400 active chapters, nationwide. Philoptochos responds immediately to needs and crises and its philanthropic outreach extends to each area of the country and throughout the world. In 2019, National Philoptochos distributed $1.7 million in philanthropic aid.

Since the late 1950’s, upon the recommendation of Archbishop Iakovos, Philoptochos has placed an increased emphasis on the implementation of important programs to benefit the Greek Orthodox community, including, but not limited to, institutions of the Church, the philanthropies of the Ecumenical Patriarchate and assistance to Greek and Greek Orthodox families. Involvement in social and moral issues encouraged the establishment of several committees to address topics such as child abuse prevention, domestic violence, homelessness, pornography, drug and alcohol abuse, and aging.

Since 1987, the National Philoptochos office has employed a professional Social Worker, engaged in assisting the Greek Orthodox community in the United States as well as Greek and Cypriot nationals. The Department of Social Services is a very important, vital element of our organization. The mission of the Department is to improve the quality of life of those in need, in a way that maintains the dignity and self-respect of the individuals. Through confidential and professional services, the office provides outreach, education, information, support, intervention, motivation, advocacy, financial assistance and referral to local and broader resources.